They have an extensive menu with a lot of different menus, but you can try 2 different flavours on one pizza if you top up another RM1.50~~ This is a great news for Foodies like you and I. Wait, there’s more! You can also get 5% Discount for all items when you join as Osome’s membership in the Teaspoon Loyalty Rewards!

The Seaqueen Flavour is a seafood bomb consisting 3 different seafoods, Shrimp, Squid, and Mussels~ The Mr Turkey and Wedges flavour side of the pizza is topped with turkey slices and full of wedges. And surprisingly, not only that the combination of the turkey and the wedges did not create a conflicted taste, but they matches each other very well!

Other than the pizza, we also ordered the 100% Mushroom Soup. The soup, as the name implies, uses only mushroom to make. Mushrooms are blended and added with bacon and some seasoning to prepare, therefore making it a 100% Mushroom Soup.

After the Pizza and the soup, we ordered the Wood Fired Bacon Nachos for snacks~ The Nachos is also cooked in the same wood fired oven. Under immense temperature, the cheese melted in an instant and fused with the crispy nachos.

“Osome only have pizza only ma~~”... Wrong! You can also find this delicious Yogurt Lemon flavoured Little Cheesecake for desserts~~ This delicious cheesecake is topped with fresh Passion Fruit and Orange, and for your info, this cheesecake is a product of their own creativity~

Here at Osome, you could also find some interesting drinks like the Icy Pomelo Honey and Icy Passion Fruit Green Tea. 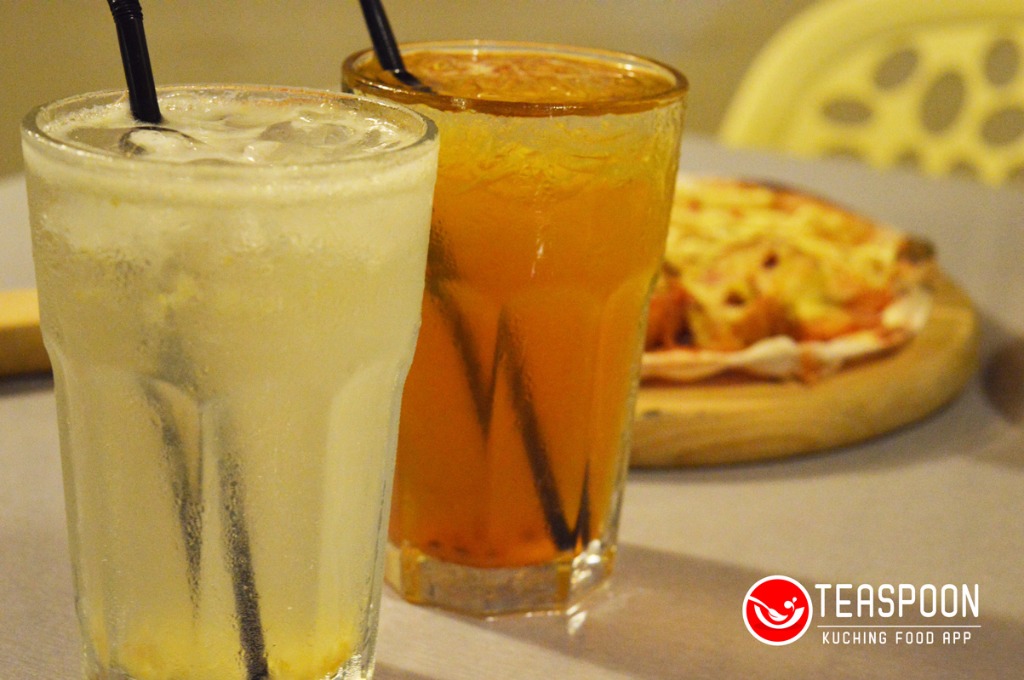 There are many other flavours that you can try at Osome, so, what are you waiting for? Head over to Osome Wood Fired Pizza now!!

More Foodie Info, only at Teaspoon~~