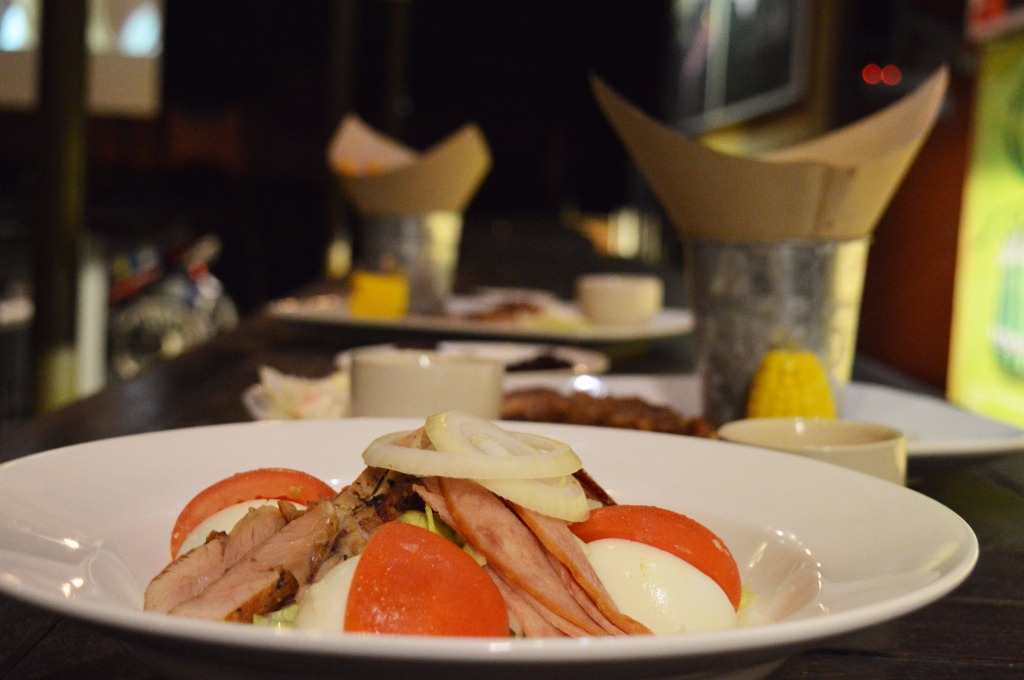 Some people choose a Western Cuisine restaurant according to the taste of the food, and some for the environment. If you’re looking for both, then you’ve got to come to Happy Valley.

Happy Valley Garden is a paradise hidden behind the shop lots in front of Crown Towers. Confusing? No worries, just use the details provided at the “Related Restaurant” section at the end of the article to get there!

The place is suitable for gathering of large groups of people and is also suitable for a dinner date for couples. The place is rather large, hence you do not have to worry about having no seats when arriving. Other than the place, the portion of the food is also not stingy.

First up is the Happy Valley Chicken Chop (RM15.90)

Served on the plate with the Chicken Chop are French Fries, Coleslaw, Corn, & BBQ Sauce. The chicken chop is cooked just right, preserving the juiciness and tenderness of the chop.

The Lamb chop also comes together with coleslaw, french fries, corn, and black pepper sauce. The marinated lamb eliminates the mutton odour that cannot be accepted by most people who do not take lamb often. 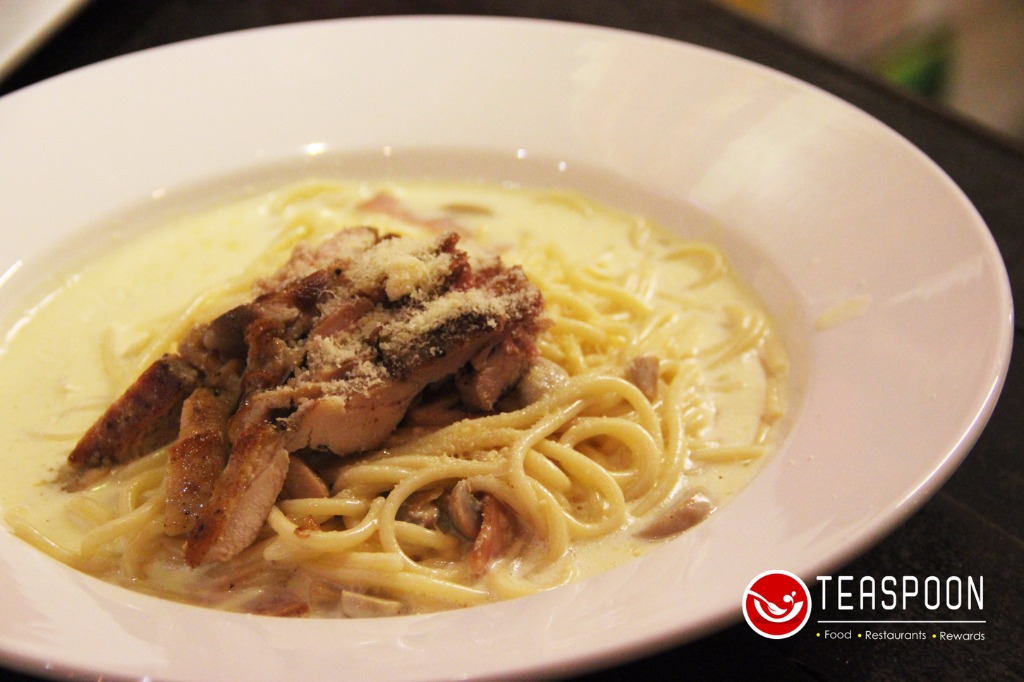 As the name implies, a chicken chop is topped on the spaghetti, allowing the tenderness of the chop to blend in harmony with the creaminess of the carbonara sauce.

The fourth dish served is the Spaghetti Seafood Marinara (RM 22.00)

A large portion plate of spaghetti with 3 medium sized shrimp and 2 mussels? It is rather unbelievable if you asked me. What’s more is that the spaghetti has a little hint of seafood-ness that blends really well with the spaghetti cheese sauce. If you ask me, personally I this is definitely the most recommended dish among those that were served.

At the same time, we are also served with the Happy Valley Chef Salad (RM 11.90)

At first glance, you can tell that the portion of this salad is rather large compared to what you’ll get at other places. The salad is contains smoked duck, ham, egg, veges, cheese slices, tomato, onion, and more! Can you imagine having served a plate of “salad” that is so “rich” that it can almost become the main course itself?

Nevertheless, we mixed in the sauce and make a mess of the salad, took a bite, and marveled by the layers of textures this “salad” have. And remember how much it costs? Yes. It costs only RM11.90. 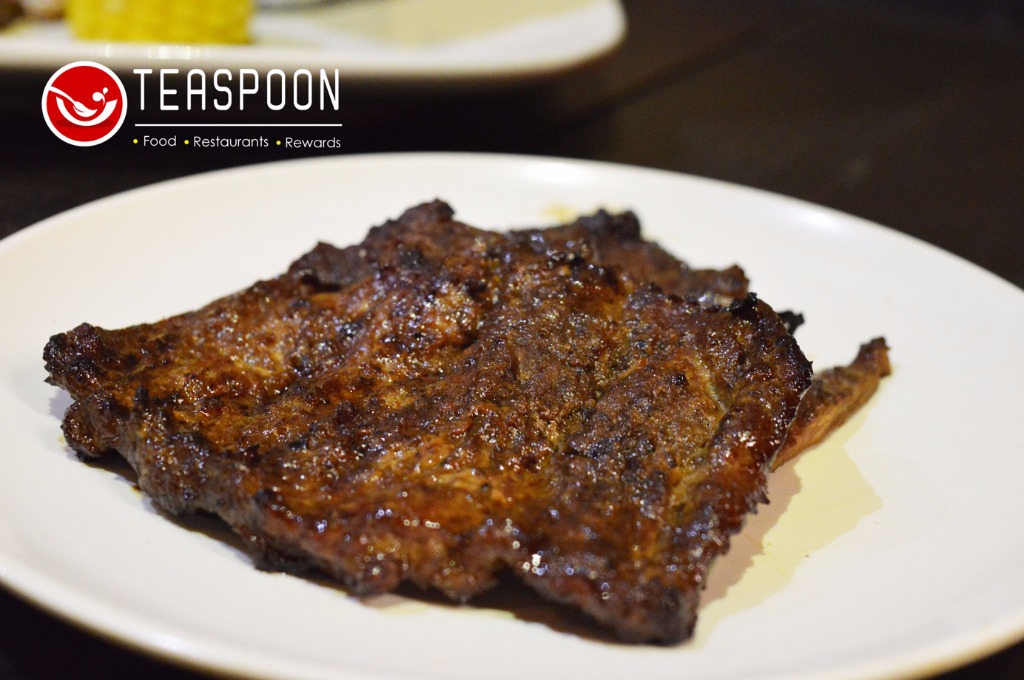 We were told that one of the signature dish of the place is the BBQ foods, and hence we were, of course, served with the BBQ dish of pork and lamb. Other than being BBQ slightly darker than it should be, the meat is delicious. The pork, being slightly overcooked, surprisingly produced a taste similar to that of Pork Jerky (or most of you commonly call Bak Gua).

The lamb, similarly being put a little too long on the BBQ grill (hence becoming darker than it should be), tastes… better than the lamb chop?! It could be that I am a fan of lamb, hence favouring the mutton “smell” that most people could not accept.

Why don’t you give it a try and you be the judge of the foods yourself? Be sure to share with us down the comments below, or post a News Feed post in the Teaspoon app and rate the food and the place! 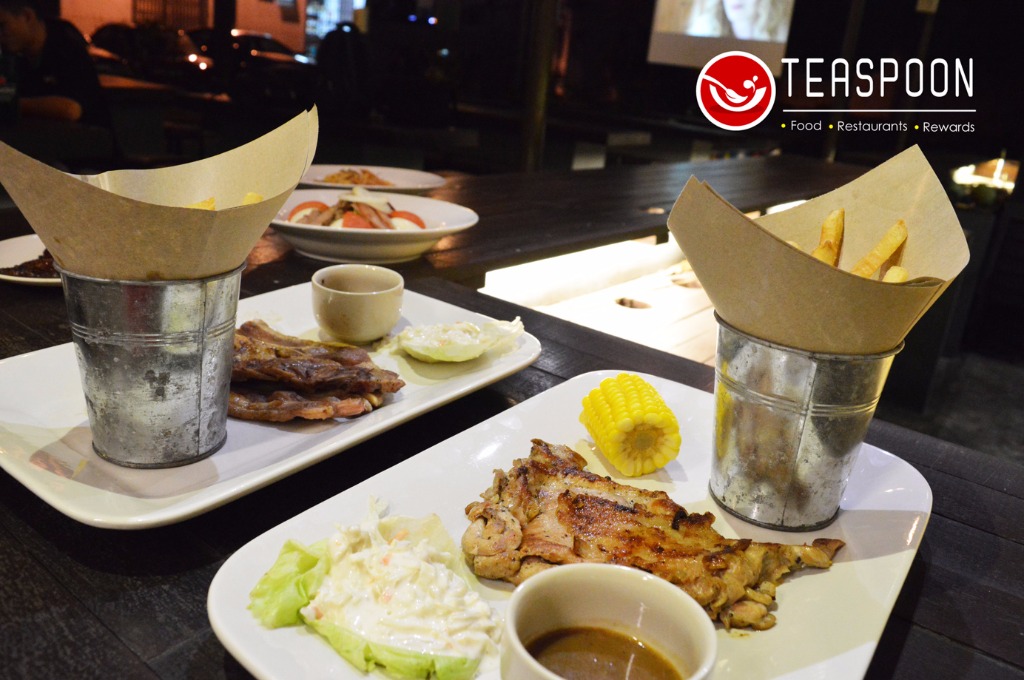