If you have not tried this rather new western cuisine restaurant at the new commercial shoplot of Jalan Stutong Baru, their tremendous mixed grill might just shock you as much as it did us.

Opened October 2016, The Airbox located at Jalan Stutong Baru (the same commercial shoplot as 38 Food Street) is offering many regular customers delicious western food and providing a comfortable environment for them to dine in. You could also watch as the airplanes take off and (but mostly) landing to the nearby Kuching International Airport~

Now, back to the gigantic mixed grill, the Airbox Mixed Platter (Large) that really requires a bit of effort should you decided to lift the plate. In the plate are deep fried fish fillets, pork chops, chicken chops, lamb chops, deep fried pork belly, sausages, mashed potatoes and some greens that can feed at least 5 person! Just one of this can easily satisfy you and your party’s cravings.

If you’re looking at a smaller plate, try their Airbox Seafood Platter (Normal) with different types of seafood whereby each types are prepared and cooked differently to give you a whole new experience in every bite. The plate consists of deep fried squid rings and fish, creamy mussel and prawns, and a beautifully seared salmon. 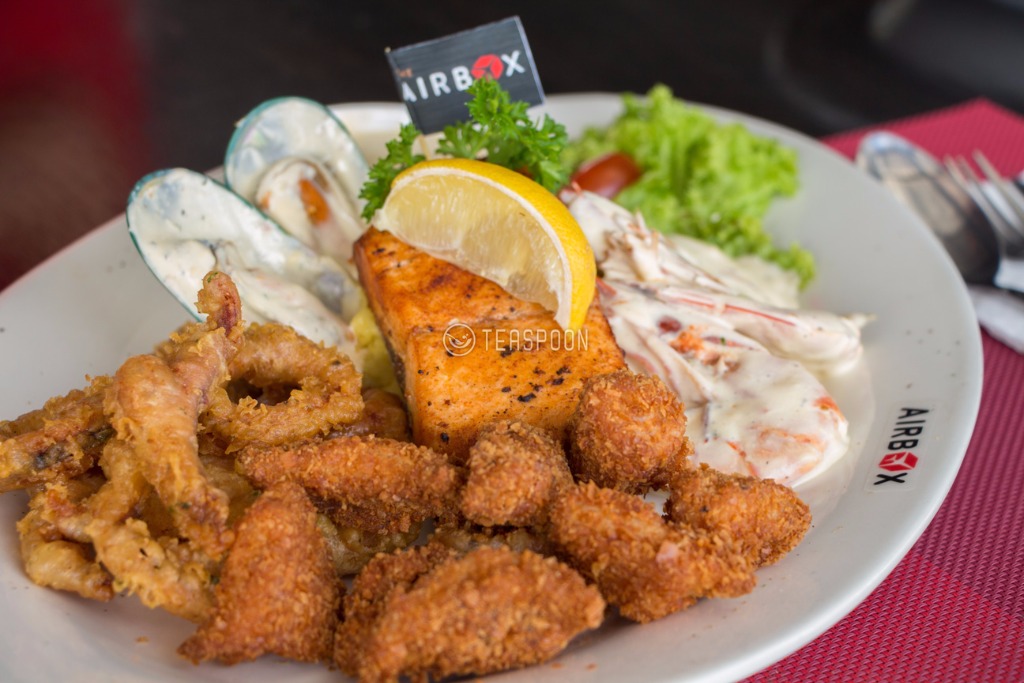 Other than that, we also recommend the Lamb Shank that is perfectly seasoned and is cooked just right that the meat is very soft and requires little to no effort to chew.

Some other main course that the owner would recommend is these 2, the Cheese Baked Big Head Prawn and the Grilled Prawn with Bacon. 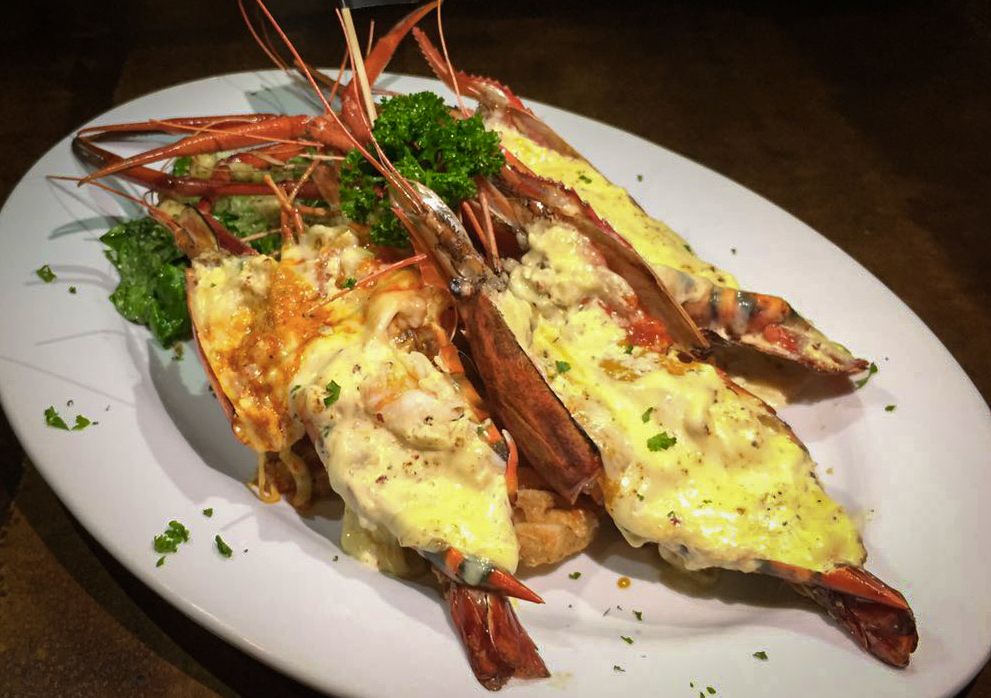 We than had the Airbox Seafood Cioppino, where Cioppino is actually is an Italian-American fish stew made using different seafood such as mussel, prawns, squid, and tomatoes. It tastes different from a bolognese and marinara because of the way it is prepared. The dish is basically a densely packed seafood bomb to explode your palate.

Next is the Squid Ink Seafood Spaghetti which is rather difficult to find in Kuching. The black squid ink might scare you at first sight if you have not tried one before, but one bite will clear away any clouds of doubt and you will finish the dish in no time! 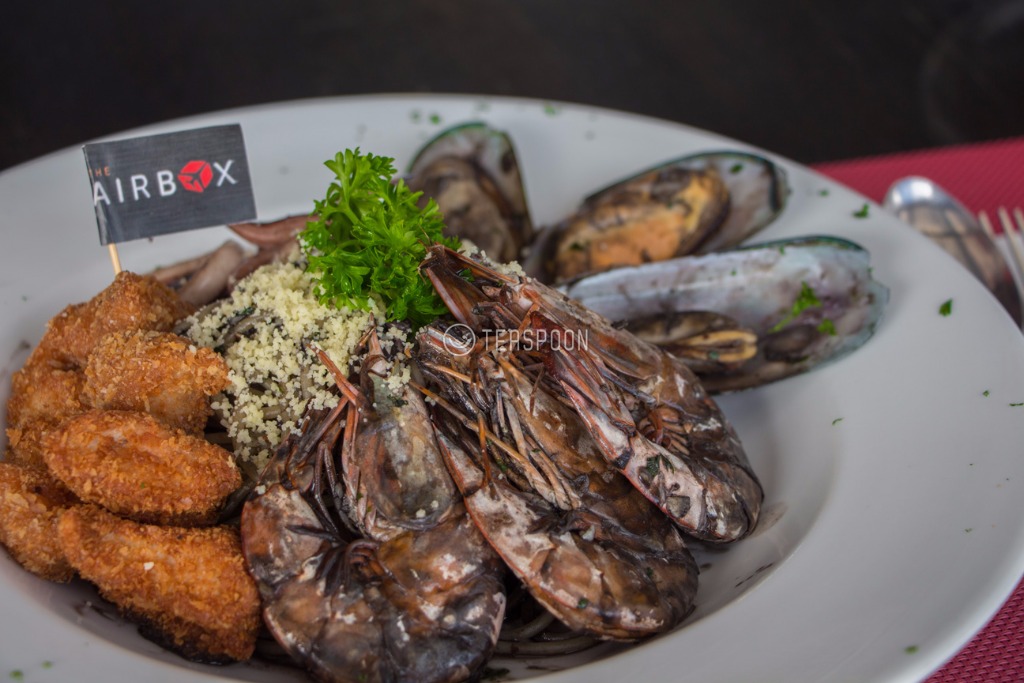 At The Airbox, you could also enjoy freshly tapped draught beer that only costs RM8.80 per mug (N/P: RM12) during this promotional period.

And speaking of beer, they also have deliciously prepared Smoked Pork Belly and the BBQ Chicken Wing. These 2 dishes are some of the most popular side dishes at the restaurant. 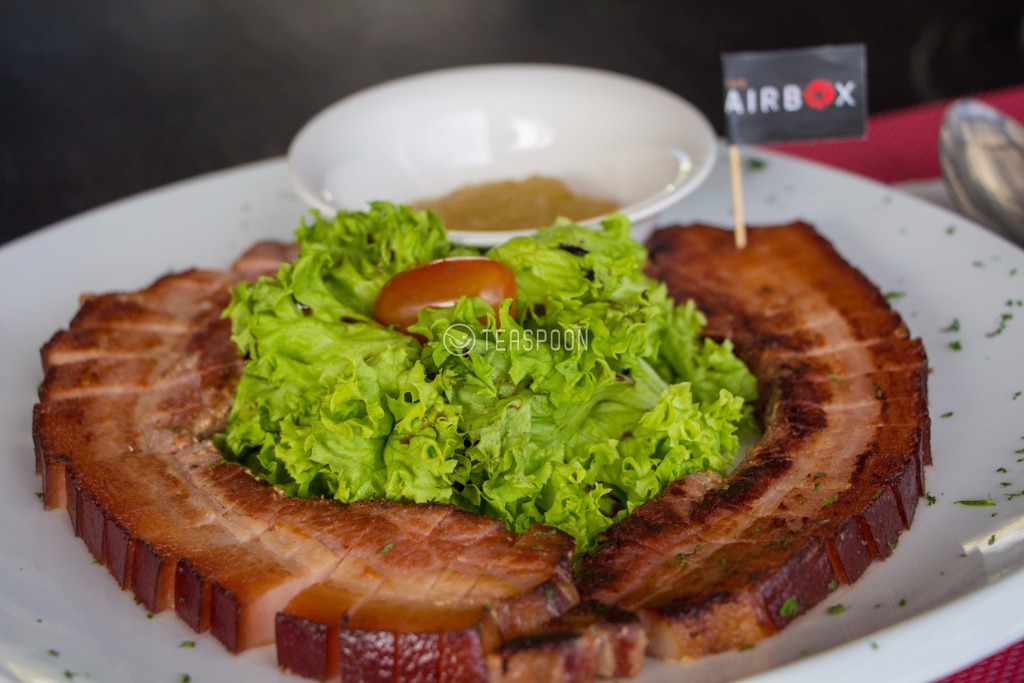 Oh ya, they also have this delicious Airbox Mushroom Soup with Garlic Bread that has very rich milky taste. 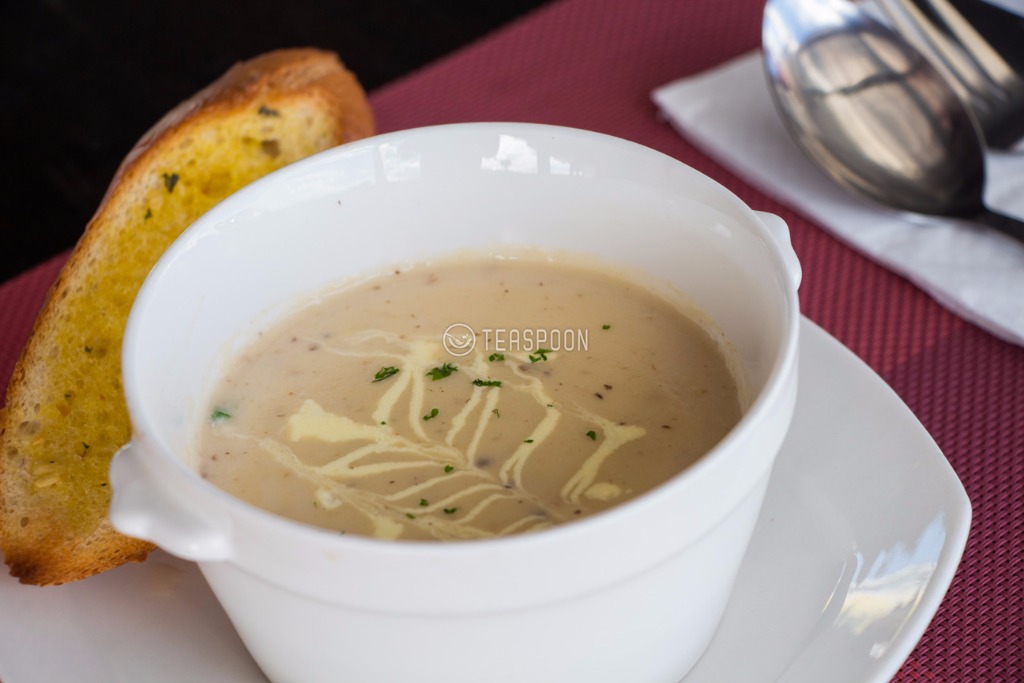 Other than beers, they also have a wide array of drinks such as Coffee Latte, Watermelon Juice, Matcha Tea, and the Airbox Secret v1.0. 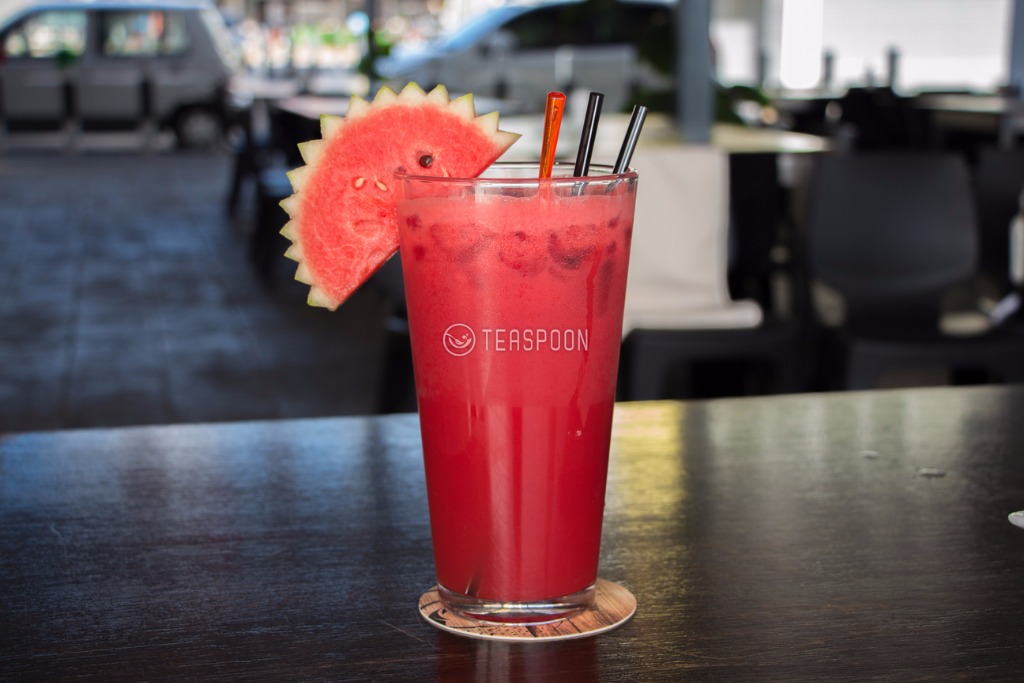 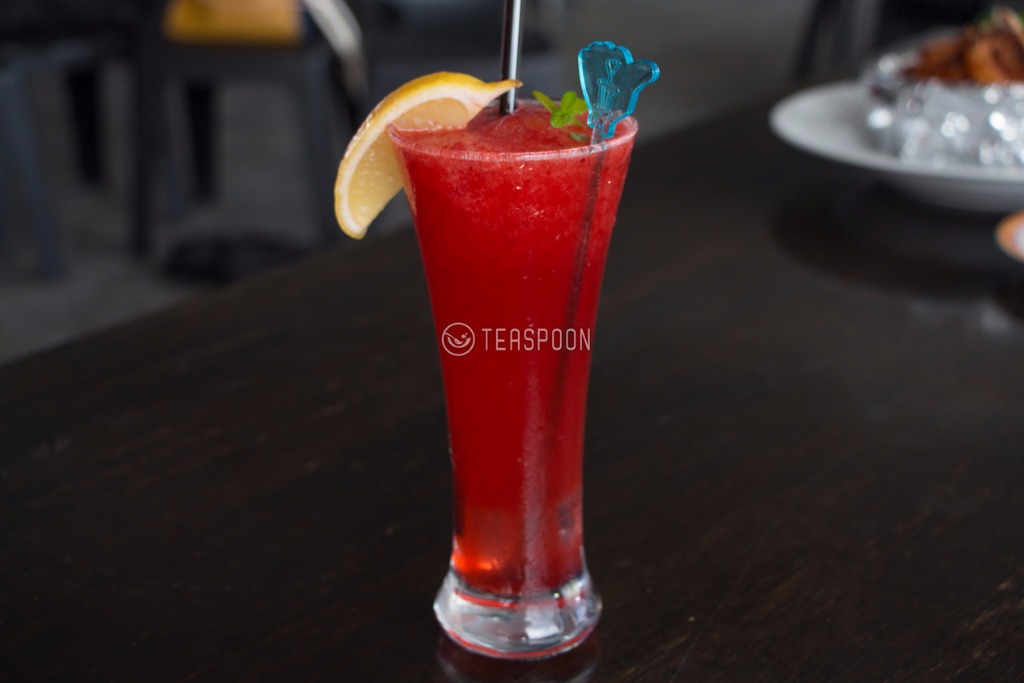 The Airbox present itself and offers it’s customers with a whole new dining experience. They also have Live Band from time to time so you can dine, drink, and indulge yourself in the harmony of relaxing music. 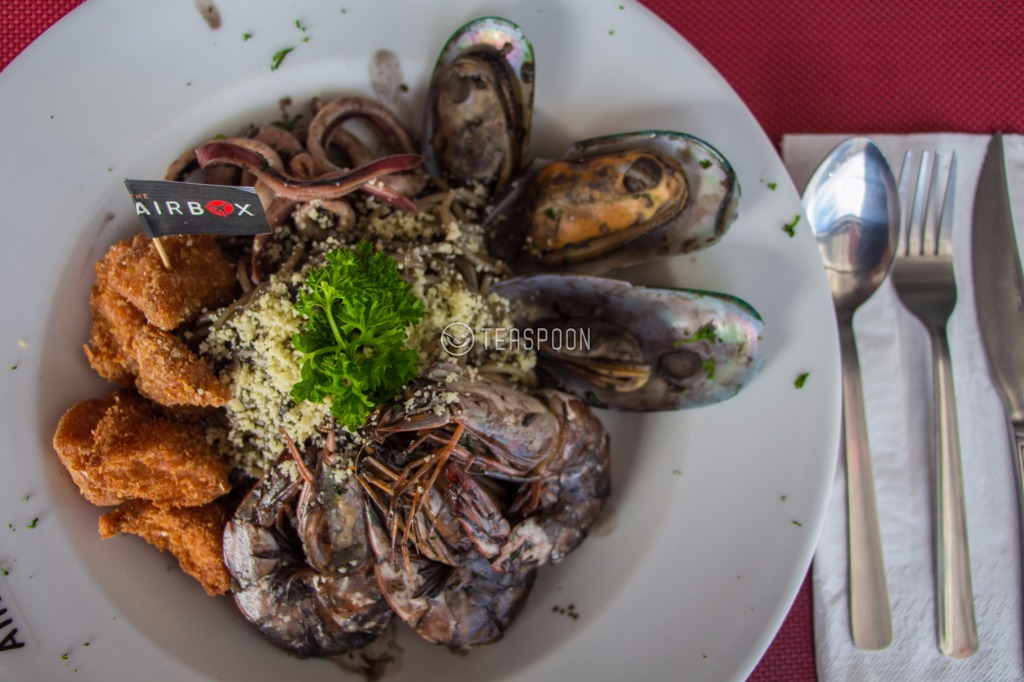 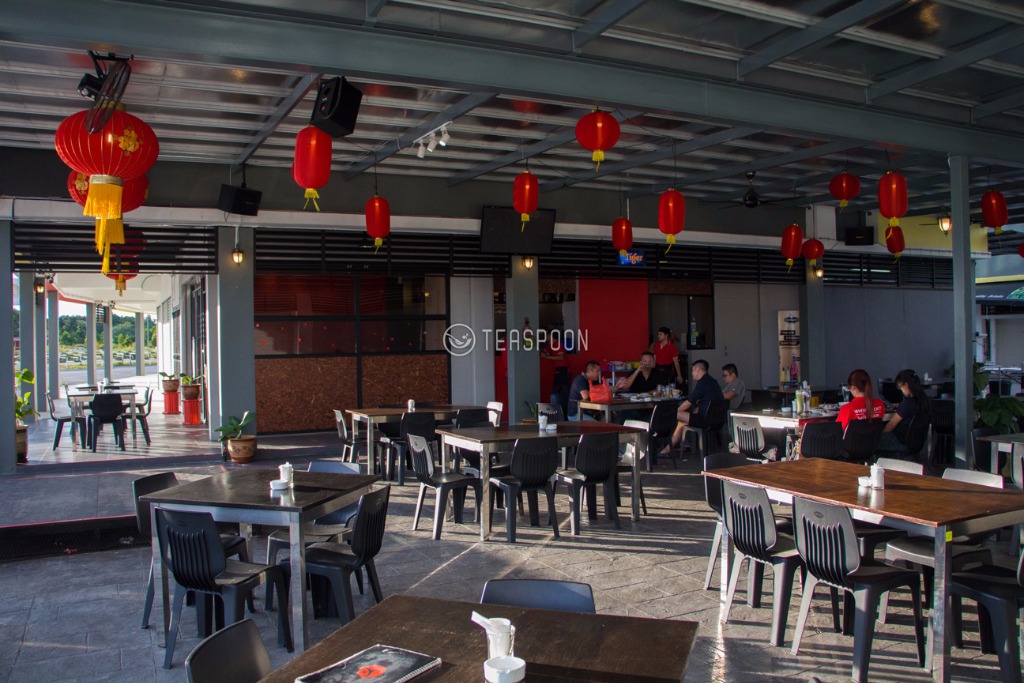 More Foodie Info, only at Teaspoon!